I’m sure most people would not consider patting a cat to be a dangerous pastime, but then most people haven’t met my cat. Jackson didn’t earn his nickname of The Demon Cat for being cute and cuddly.

The trouble is that he looks cute and cuddly, with soft soft fur and the ability to make me forget that he is more likely to eat me than let me pat him. He likes to slink up to people, acting like he wants a pat, only to sink the teeth in when they try. He’s definitely the kind of cat who likes to be admired from afar. It’s okay for him to breech your personal space, but you risk life and limb if you attempt to breech his.

Honestly, considering he shares a name with one of my characters that is just as handsome yet dangerous, I shouldn’t be surprised when I wind up wounded. (More on the similarities between the cat Jackson and the character Jackson in a future post.)

Anyway, patting my cat is a dangerous prospect, not one to be undertaken lightly, and the same can be said for my muse on occasion.

Most of the time she behaves herself, finding inspiration wherever we go and making sure my creative well is filled with fresh and exciting story ideas, and letting me extract some on them without sinking her teeth into me. But sometimes she decides that the well is off limits and no amount of hair-pulling, begging or bribery gets her to change her mind. That is when it is time to back away from the muse and give her some space to work out her issues.

Sometimes those issues are resolved in the time it takes me to have a quick nap. Other times she needs longer and I read a book or two, or catch up on one of the television shows I have stockpiled on DVD. Then, once she is convinced the well is in no danger of being depleted of all precious resources, she lets me dip a hand in again and the words flow once more.

After having neglected my muse over the busy Christmas period she wasn’t inclined to let me near the well after I sent the kids off to school. But after much apologising on my part, a stint of catching up on season nine of Stargate SG1, binge watching seasons one and two of The 100, and a little light reading thrown in, she has forgiven me. The well is open, the muse is happy and it’s time to get back to writing.

Now, I wonder if the cat will let me pat him today? 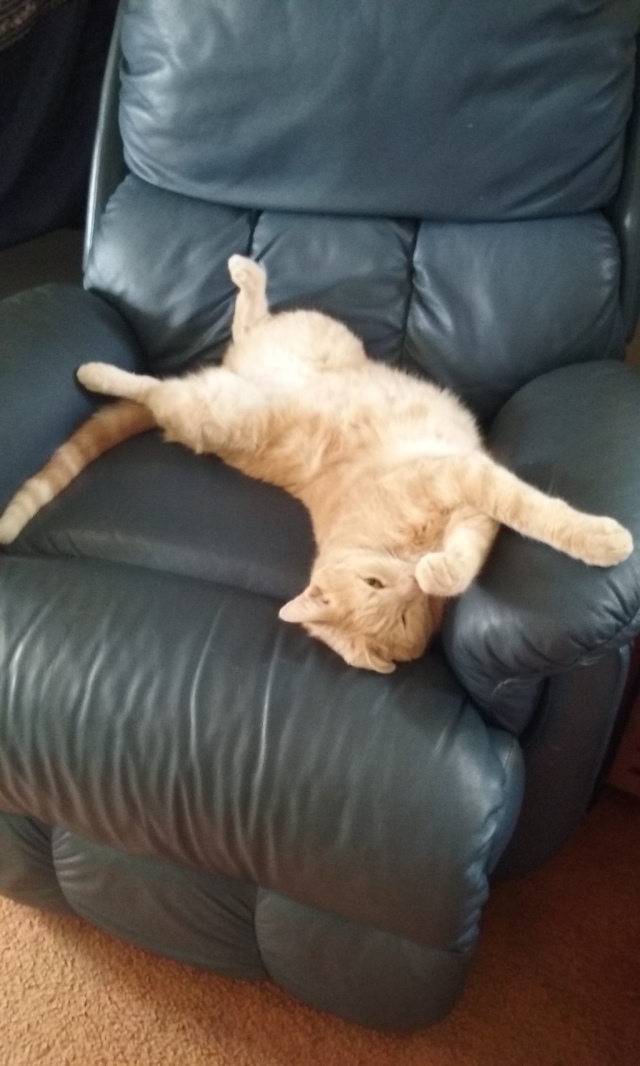